For the last 20 years, TotalShield has been leading the shielding enclosure industry. This new blog series will explore case studies about unique solutions we’ve designed, tested, and manufactured for our customers.

Our first case study will focus on the design of a lithium-ion battery container and a battery testing chamber.

An international manufacturing company approached us with a request to design an enclosure to test lithium-ion batteries safely. Our customer required:

While the company had many world-class in-house engineers, they were unsure how to design the containment solution due to the multiple modes of failure associated with lithium-ion batteries. That is why they turned to TotalShield, and we leveraged our 20 years of experience in ballistic and blast enclosure design to engineer the perfect shielding solution.

Lithium-ion batteries are widely used for electrical applications that require high-energy density, such as consumer electronic devices, grid storage, and electric vehicles. In a quest to increase the capacity of lithium-ion batteries, manufacturers have incorporated multiple batteries into battery packs, where multiple lithium-ion cells are aggregated into a single unit along with charging hardware and protective circuits.

High-capacity battery packs must be carefully designed and tested to prevent failure. Several high-profile failures have occurred in the recent past. For example, in 2006, an industrial laptop battery manufacturer began to encounter catastrophic failures in its product, which supplied many of the top laptop manufacturers. These failures included overheating, fire, and explosions. The resulting recall affected millions of laptops that had to be repaired and/or replaced.

According to the International Association of Engineering Insurers (IMIA):

“Thermal runaway events result in the venting of toxic and highly flammable gasses and the release of significant energy in the form of heat. If ignited, these gases can cause enclosed areas to overpressurize, and if unmitigated, this overpressure can result in an explosion and severe damage to the battery and surrounding equipment or people.”

The customer provided TotalShield with battery pack samples to be used to quantify the ballistic, explosive, and fire threats associated with thermal runaway events triggered by overcharging.

Because this had never been quantified previously, we partnered with Southwest Research Institute to perform independent tests in which the batteries overcharging circuitry was purposely disabled. This allowed the batteries to be intentionally brought to failure using excessive charge. Our partner then measured the temperatures, pressures, and ballistic ejections associated with the failures and passed this extensive test data to TotalShield.

We then designed a primary containment system based on the test data and a margin of safety. The system is a cabinet enclosure mounted on a mobile cart, designed to contain the explosive and ballistic failure of the battery pack while also allowing the venting of gases safely. Because the customer wanted to observe and film the battery tests, this lithium-ion battery container enclosure includes clear polycarbonate panels on all four sides, as shown in the design drawing below.

Due to the high heat associated with a lithium-ion battery that catches on fire, we designed a thermally isolated steel test table that minimizes the amount of heat transmitted to the rest of the enclosure and to the outside environment.

Our customer was unsure of which battery sizes and types might be tested in the future, so we also designed and built a lithium battery test chamber with polycarbonate panels to act as secondary containment. See the figure below.

The primary lithium-ion battery testing enclosure inside the secondary test chamber looks like the following:

The battery testing process consists of the following steps:

The final product as manufactured is shown in the photo below.

This project is an excellent example of our collaborative approach, in which we work with our customers to:

If you have potentially a hazardous test process involving high heat, pressure, or ballistic failure please contact us and we will work with you to develop the perfect safety enclosure. 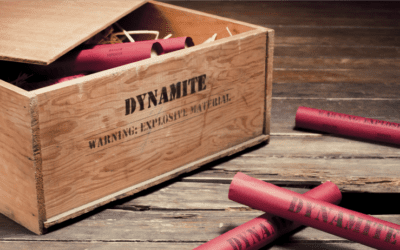 How TNT Equivalent is Applied in Blast Containment

When designing our explosion-resistant enclosures, our customers might not be able to provide all the necessary information. If that’s the case, we then use a TNT equivalent for the explosive that will be used.  This blog post will explore how we apply TNT...

END_OF_DOCUMENT_TOKEN_TO_BE_REPLACED

At TotalShield, we use polycarbonate to construct our shield rooms, protective barriers, and machine guards because it is an exceptionally strong material with outstanding ballistic performance. But just how strong is polycarbonate? How do manufacturers rate their...